God is for Real What we are is God's gift to us. What we become is our gift to God.

What Does the Bible Teach About Hell?

Does the Bible teach the idea commonly held concerning hell? Does the hell of the Bible denote a place of burning torment, a condition of suffering without end, which begins at death? What is the hell of the Bible? The only way to arrive at the correct answer is to trace the words translated ‘hell’ from the beginning to the end of the Bible, and by their connections ascertain exactly what the divine Word teaches on this important subject.

Before we look into the definitions of hell, think about this fact. The word “heaven” appears in the Bible over 550 times. If “hell” is the fate of those who do not accept Jesus as their Lord, how often do you think God should put it in the Bible Scriptures warning all the people of the world the consequences of failing to accept Jesus as their Savior? Thousands of times? At least as many times as the word “heaven”? At least once in each book in the Bible? The facts may shock you.

Differences between the Bible and the Qur’an

Is the Bible True?

IIs the Bible True? – “…By inspiration of God“

So, is the Bible true? If the Bible is indeed what it claims to be, the implications for us are considerable. The Bible candidly claims to be “given by inspiration of God, and is profitable for doctrine, for reproof, for correction, for instruction in righteousness” (2 Timothy 3:16). Of course, the Bible is not the only book to claim divine inspiration, but it is unique in that it offers substantial evidence to back its claims. It even goes so far as to challenge its readers to put it to the test, exhorting us to “Test all things” (1 Thessalonians 5:21). END_OF_DOCUMENT_TOKEN_TO_BE_REPLACED

Gospel Of Judas – True or False? 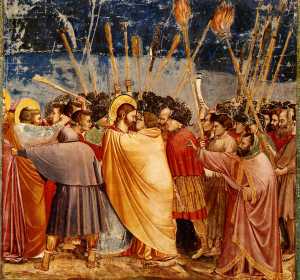 Gospel of Judas – What Is It?
The Gospel of Judas was discovered in the 1970s in an Egyptian cave. Until recently, no institutions were willing to pay the exorbitant fee to get the manuscript due to its dubious origin. A foundation in Switzerland eventually purchased the codex to release its content.

In 2006, National Geographic announced that the manuscript has been authenticated by carbon dating, studied, and translated by biblical scholars. However, up to one-third of the gospel according to Judas is missing or illegible.

This manuscript held by National Geographic is likely dated to the 5th century AD.

Gospel of Judas – Who Wrote It and What Does it Say? END_OF_DOCUMENT_TOKEN_TO_BE_REPLACED